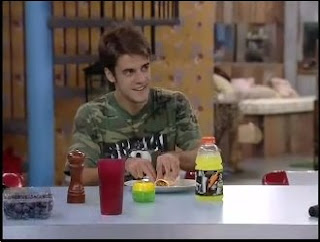 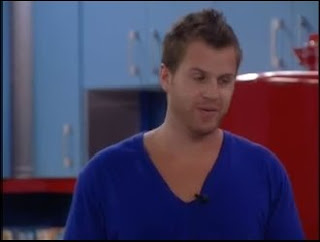 Jerry got called to the diary room, so the boys can now celebrate a little. Memphis asked what he said to Keesha as she walked out, and he just said "get Renny" (meaning her vote). Dan doesn't think he gets to watch round two, so they're going to use bandanas as code as to whether Memphis won.

Yeah - I heard that too - it has been interesting to watch both Dan and Memphis manipulate people in their own ways. Both are obviously viable strategies since they should make the final two.

Question is - which strategy will be rewarded?

Between those two, I think Dan may be able to pull it off under the guise of Dan played the game harder than Memphis. Plus he had that advantage of meeting Michelle, and some are still pissed off that Memphis won that car.

It could all come down to the questions, and I bet that Renny will end up asking the toughest and least self-serving one of the bunch. Others will be full of "why did you fuck me over" but hers will be somewhat philosophical yet edgy.

wonder if keesha enjoyed what dan told her in her ear or did it make her realize that dan is a sneaky son of a bitch who has probably lied from day one to her?
too bad memphis seems to be unfazed by the whispering...not that dan would have been honest with him any way. if i were memphis my antenna would have been raised big-time!

Dan is no more the sneaky son of bitch as memphis is. Memphis may have miscalculated the voting results though and that may cost him. Once again, Memphis can take full blame for his poor decision making. He had this game under control. He didnt think it really mattered that he lost Keesha and Renny as long as he had the rest. He may have outfoxed himself