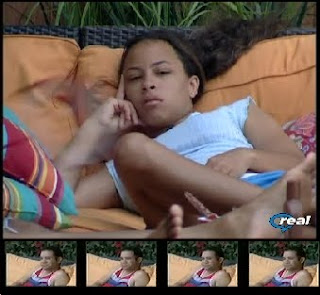 Monday morning are generally pretty boring until the POV ceremony. Not today, as Natalie was working it hard from the moment she woke up. She has everybody believing that she's their ally, and has come close to convincing Michelle to use the veto on Jeff!!! She buttered her up by saying she's as alone in the game as she is (hahah), and she still claims she had no idea that Kevin was going to break his deal with Jeff. Michelle really can't be that stupid!