"Matty" might be the Biggest Loser from Big Brother 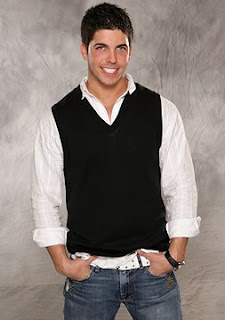 Big Brother has had a few contestants that have had their names in the news for not so great reasons in the past but BB9's Matt McDonald might have passed everyone else up with his latest indictment in federal court for apparent involvement in BB9 winner Adam Jasinki's Oxycodone drug ring as reported by TMZ on Tuesday.

The drug charge might cost McDonald 1 million dollars and 20 years in prison if convicted.

Besides the drug charges, Matty was arrested April 18th when his 8 week pregnant girlfriend accused him of assaulting her. He was then arrested two days later when the fiance and her family complained that Matty was harassing her to drop the charges.

The NY Daily News has a great summary article on Matty's woes including the following:

Police said McDonald, 26, punched his seven-weeks pregnant fiancée in the face, kicked her repeatedly dragged her around her Boston apartment and tried to strangle her.

Cops said the fight erupted after McDonald found a text message his fiancée received from a male friend and accused her of cheating.

"I hope the baby dies and hope u have a miscarriage," the heavily-tattooed McDonald screamed at his fiancée, according to a police report.

I would have to say that Big Brother 2's Justin Sebik is the current runner up in the 'Biggest Loser' of Big Brother. Although I can't find any new information since 2006, up until then Sebik had accumulated quite a list of accused infractions from assault to 'theft by deception' since he was kicked out of the BB2 house for holding a knife to fellow contestant Krista Stegal's throat.

Posted by IndyMike at 6:26 AM 1 comments

Last day to for mailing Big Brother applications is Friday!

There are still a few open casting call dates left but if you want to mail in your video and application you have until this Friday, April 23rd to get it done.

You should go directly to the CBS Big Brother Casting Page to get the most current application.

Good luck to anyone applying! The more real fans of the show that get in the house, the better if you ask me!

Posted by IndyMike at 2:28 PM 0 comments