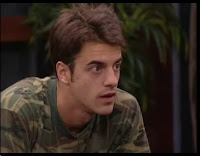 In the last few minutes, Dan called up Michelle and asked her who she wants put up in place of Memphis. Her answer was, obviously, Keesha. He then brought up Renny and Keesha, and told them his POV meeting plan was to ask four people who they want to see on the block. He wants them to both name Michelle. They're not happy with this plan, as it's pushing blame for his move onto them, but both have agreed to do it.

Update: Renny doesn't feel comfortable with this idea, so after another meeting with Dan she's now going to say Ollie's name. 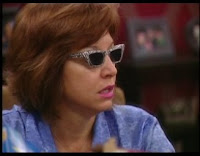 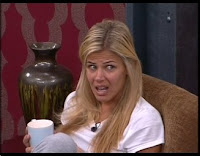 I think Dan's plan to always have it be on the other guy is going to bite him in the butt.

I know he thinks his deal with Ollie was so smart...but it really wasn't. It isn't cool to put your alliance in jeoprady. That is why I don't think he will win.

Dan is an idiot, it would have been smarter for him to just let Ollie have the HOH if he was going to go around and have 'back-up' HoH's.

And Renny's really going to say Ollie should go up? After she protected him last week, great gameplay.

Patrick - she is going to say that Ollie should go up to screw with Dan's plan. Though, in the end it will probably screw Keesha somehow...

OMG!! Dan is killing me! I agree that he should have just let Ollie have HOH if he isns't going to do anything by himself. He is more of a chicken then I thought he was to begin with. I really hope this doesn't hurt Keesha or Renny

I wish they would just get this POV meeting going, no matter who says what to whom and whose name anyone says, the end result of michelle or maybe even Ollie(hey I gal can dream) going up is going to be explosive and the fallout on the live feeds afterwards is going to be awesome entertainment for the afternoon.

Come on Ale, tell us how Dan is so smart again and his game play has been so good... I really wont to hear this excuse

Once again, I will repeat, memphis has held him by the hand all season.. Put him up by hisself and its a disaster..lol

The Jury is going to burried this dude.. his on alliance may even turn on him possible 7-0 lol

If you look up TWERP in the dictionary, you will find Dan's picture!

i don't believe for one minute dan wants to do this "calling names out" for t.v.! please. he has an ulterior motive but i just can't figure it out yet.
do i like this? no. to me it puts everyone in a bad light not just him.
AHHHHHHH. maybe that's what it is.
even renny thinks dan is up to something. she's not happy about saying names.
the way i see it. dan has let ollie be the hoh until today...now dan has everyone in house doing the rest of it.
sadly though, this has got to end badly for him...they aren't going to forget any of it...not even his own pose.
i say say the renom and be done with it! so what if it's boring...to dan.
we've been waiting all weekend for it!!

Dan is a wimp, he dont want Michelle all over him... I told you she was going to punk him out so he decides to put it on everybody else... im glad its happening.. i could see some mutiny next week... a few may jump ship...lol

I think he is trying to come up with a reason to go back on his work and put up michelle. If ollie says keesha, who dan wanted safe then ollie would of broken the word first. I think it is to let ollie know that he is NOT in control of this game. I like it, the game has been really exciting in dans hoh reign. Finally someone has the guts to do something different.

no matter what he tries to do, if he dont go thru with it, the plan is broken by him and it will fall on him... he screwed himself by making that deal, theres no way he can get out of it now and he knows it

100% should be ollie who will michelle have to back her up with dan, do you think he will really care once ollie walks ouy the door

What time is the POV?

ollie walks out the door, its 3 votes against him in the jury house with only one more needed to stop him from getting the money, of course he should care.. if he dont, hes a fool

He probabbly will be better off sending michelle since her and lybra dont get along.. it might work in his favor... if ollie goes, its a done deal 3 votes against him with one to go