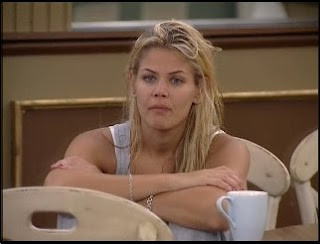 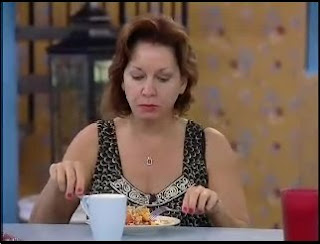 Nobody has really said exactly what happened last night, but there's rumors that Memphis threw it for Dan. Renny is pissed, and won't talk to either of them. Keesha just said that they now know that one of them is going home.

It is too bad for them, but if this is true it is good game play as both Memphis and Dan make it through the week. Hey, one of the four has to go home this week.

EDIT: MEMPHIS DID WIN! He's now chatting with Dan to ensure there's no "future antics" if he saves him.

Dan and Memphis talking, Memphis confirms he won. I knew it!

they are gonna vote out renny

No wonder Renny is pissed at both of them. But she really can't look at it as a betrayal. One of them has to go.

Sounds like they are playing it exactly as they should. This is the exact scenario that needed to play out for one of the two of them to win.

Love Renny, but this is the right play they are hashing out right now. They're no dummies!!!

I don't understand why she would be pissed at both of them. If Dan had won it, someone else would have had to be up, most likely her. Anyway, hopefully people can shut up about Memphis never winning anything important.

Look for Jerry to (unsuccessfully) command Memphis to not use it.

I don't understand. Memphis promised Jerry he wouldn't use it if he won. Memphis wouldn't go back on his word, would he? (Okay, so if you didn't get it, I'm being sarcastic - although I'm sure that's the way Jerry will see it - and I suspect Memphis will continue to tell Jerry that he won't be using it until the POV ceremony.)

By the way, when is the POV ceremony again? That should be another good one - if Jerry continues to think he and Memphis have a final two deal.

Jerry's power was great while it lasted, all 48 hours of it. I've always been a Renny fan, but I do think it's time.

mlt, at this moment Memphis is still telling Jerry he'll take him to F2. So Jerry definitely thinks he's covered. I wonder what sort of names he'll be calling Memphis after the ceremony (Monday)...

I don't know what's funnier, Jerry thinking he gets to play in next week's HoH or thinking Memphis really wants to take him to F2.

Renny will go and the show will be officially pronounced dead. This was the worst cast BB has ever had IMO. Renny was the one bright light in the group. A wonderful, classy lady who is very funny. Everybody else in this cast are duds.

Thanks, ale. I really wish the POV ceremony was tomorrow. I'll be back at work Monday so I'll be hoping to catch Jerry's reaction when I check out this site on Monday evening (assuming it's done by then)

Renny was right when she warned Keesha about him--now Keesha is about to be played by all of them.

I hope that Keesha gets to the Final Two if Renny can't save herself. Renny needs to do SOMETHING to save herself. It can't be a done deal yet. I love Renny.

Yup, like i said long ago renny and keesha should have jumped ship.. Only the dan and memphis lovers thought the girls should have stuck with them. Renny knew what was going down long ago... I told you all that keesha would get her burnt and she did.. she didnt even try to sway jerry to put up both boys but renny did. Its was Keesha who was sucked into that bullcrap and Renny is paying the price. Hope keesha wins hoh and put both of them up

yaaaaay Memphis, way to save the Renagades at the last second. For all those haters of the man love...too bad for you. It's time for Renny to go and next Jerry. Memphis, Dan, and Keesha make a great final 3. for the first time in years we have a deserving final 3. Sorry Indymike I did not like Evil Dick and daughter or season 6 or 5....ect. I did like Eddy in Season 1 and season 3 was OK, but it's been awhile since all three in the final were solid players.

Renny has no right to be pissed at Dan or Memphis. Of course Dan is going to try to save himself and Renny never completely trusted Memphis. She would do the same thing. I like Renny because she interjects comedy, but she's irrational sometimes. Go Memphis! I want Keesha and Memphis to be the last two.

ale- You're right, Jerry will have to come up with a new name for Memphis because I'm not sure Fat Boy will be bad enough...this will be good. LOVE IT! Just for kicks Memphis should to tell Jerry he swears on his girlfriend that he won't use it. Ha, ha.

To Ale and Maura, why shouldnt she be pissed. She knew Dan would take hisself down but they all suppose to be on their own now and just like she expected, she finds out dan and memphis was using them. That wouldnt piss you off.

If everybody was on their own, then memphis wouldnt be taking dan down so she could go up. Hes correct about they couldnt win against her but that aint even what this is about... he was taking Dan to the f2 anyway

Ale, your memphis loving blinds you to the facts

oh you wouldnt be pissed if you found out 2 people was working behind your back..... whatever

I said she shouldn't be pissed at Dan for taking himself off the block if he'd won the Veto. Duh, anyone would. Everyone uses everyone in this game to get farther. Renny and Keesha are using one another, Dan and Memphis are using one another, every other player this season used another player for something. That's the nature of the game. Do you seriously think that Renny would be in this house if it weren't for Keesha having her back? She was almost out Week 1. Anyway, I keep saying..I FUCKING LOVE RENNY. Geez.

Renny was working with Keesha so all is fair. Memphis and Dan know Renny and Keesha are a team so why not us it?

You make me laugh Ale, I can see why you always getting into it with everybody and having your friends to boot them off. Your logic always outways your IQ.

Youre like the bb expert whos afraid to go on the show but always got all the answers.

Could I get the list of people Ale has had booted off? Could I be informed as to how that can even happen?

Scott, if you keep asking so many questions, I'll have to have you booted from here!

What does "your logic always outways your IQ" even mean? I have good logic, bad logic, iffy logic...? Confuse me further and I'll have you booted from here as well, racist.

Scott are you gay or something, stop following me around this site girly. im not bi dude and im trying to stay away from you so do me a favor and keep you flirts to yourself

How dare you be homophobic!

Too much drama. I think you are all a bunch of girlie boys. That's a joke, too. Let's move on...