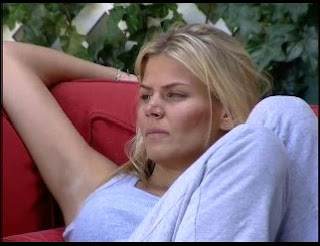 As stated below, Memphis has already promised F2 to Jerry and Dan. Well, add Keesha to the list.

After discussing the situation with Renny, Keesha came outside and for the first time all season asked a direct question. "What are you going to do, Memphis? I'm not going to beat around the bush about it."

"I know I keep telling you this", he replies, but "none of these people I'm ever going to see again. If I get to the last 3, I'll take you with me. I've told you over and over without saying that..the thing is, all I really ask is, if you're in that situation next week, don't vote me out."

M: Whoever I'm up against, I just want that security.

He goes on to say that the only thing he wants is for the two of them to still be there next week. "My only way to do that is to secure that Dan goes with us, so I have to take him off."

K: I knew you were going to do that....oh, I don't trust Dan, its not that I don't wanna trust him, he just does all these weird things."

Sounds like as long as the three of them stay in opposite corners - Memphis is in pretty good shape. And it seems like right now Dan and Kessha won't be talking - and Jerry certainly won't say much.

So the only problem for Memphis is explaining to Keesha why he will use the POV to save Dan on Monday.

Keesha now knows where memphis loyalty lies and shes got to know that he didnt save Dan for nothing... shes just got to win comps now, thats all to it... Memphis has been the smartest player of this entire group and keesha has to know that dans would be a easy win for memphis in the f2

so memphis is the crouching tiger is he? hhmm. he has been my favorite player but i figured he was going squeak in the final 2 by not winning a thing. i'm totally stoked he actually has some fierce skills in winning. i should have known since he has said himself he is "a hustler." he was just bidding his time it seems.
i don't care who memphis takes as his final 2 as long as his with them.

He was just smart enough to talk people into carrying him til he could win a comp or 2.... nothing more, nothing less. No one will ever win this game without winning something and winning late is more important i would think. it still boils down to winning comps now and the boys are the strongest. But it aint over yet(for renny maybe) but not the game