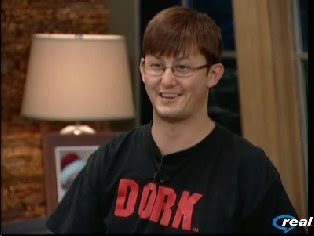 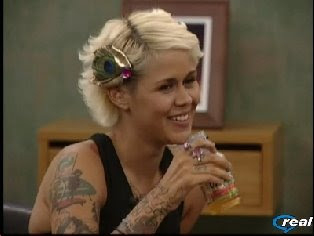 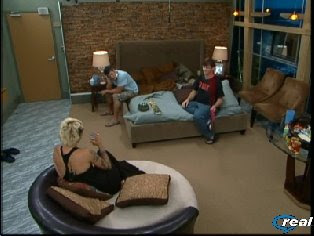 Ugh, Ronnie claims to be willing to put up Russell, but wants "amnesty" from the entire house. Lydia is now up in the room, and cries out "hell no" at this idea. His other great plan is to say "since Jeff used the veto I am going to turn it to the house to tell me who they want up", and they're all supposed to say "Russell". That way Ronnie can just say he's doing what the house wanted.

I hope hr does put up Jordan as a pawn and it backfires, so she goes home.

Maybe then Jeff will be able to focus what little intelligence he possesses on the actual game.

The next few weeks will be very boring if Russell gets voted out Thursday.

Ronnie is officially a moron. He is playing and flipping constantly. Nobody in the house trusts him. Now he is offering the others ( Kevin , Chima and Lydia ) that they can stay in his room (locked away ) from Russell when he nominates him. Cowards

At least Chima and Lydia told him "no way" when he again babbled that "everybody raise your hands if Russell has offered you a deal" silliness.

So Fatty, what has Russell offered to the house besides the "technotronics" silliness? I haven't found him very entertaining, and his pimp daddy outfit on Thursday was embarrassing. I don't dislike him as much as a couple of others, but it's a smart move to get rid of somebody who has a shot of winning over some twit who can go at anytime.

like the above is really going to happen. not.