Flipping the script. I didn't see this coming. 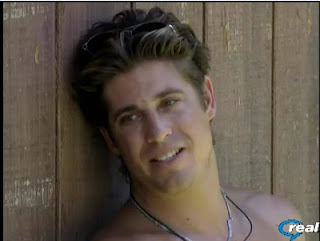 Every year I seem to forget that things change in the house close to Thursday.

It has happened again. Jordan, Jeff and Laura have managed to rally the troops and it really seems like they may have convinced Michele, Casey and Ronnie to vote out Chima tonight.

Now I won't say that is how things will go with 100% certainty but it sure looks like a possibility and I never would have guessed that yesterday after watching Ronnie, Chima, Natalie and Jessie up for over an hour plotting the next moves in the house.

Ronnie and Casey are the keys - if either one wavers and votes to evict Braden then there will be a tie and Jesse will get to decide who goes and in that scenario I am sure Braden will be the one meeting Julie.

The producers have to be loving this at least for the 'surprise' value and close vote.

Get the feeds to watch the fallout after the new HoH is chosen - 3 day trial by clicking below.

Ronnie flipped the house... He talked Michelle into jumping by telling her Russell was coming after her.. He tried to talk Chima and Michelle to going after Russell next week and still take out Braden but when he saw that he couldnt talk them into it, he had to go after Chima.

He told Casey that Chima was going to put him up and Casey didnt like her anyway so Casey decided to take her out. This all stems from the fact that Russell caught Ronnie snooping and called him out on it. so Ronnies plan is to weaken Jesse and them and have everybody else go after Russell by telling them that Russell is so mean and trying to join with everybody.

Its basically out of fear but he done dug a whole now becasue if he goes with them, Jesses team will know he jumped ship. Ronnie would make the 5th vote with jesse being the tie breaker. Ronnie knows this and is trying to flip lydia and chima tomorrow

Ronnie is the weakest link in this plan. Hopefully he sticks with it. The athletes made the classic BB mistake by claiming they have complete control of the house and plotting their next moves. Too cocky and hopefully it bites them in the ass.

It will all come back to bite Ronnie in the ass. I don't like Chima so I could care less if she's gone tonight.

I'm pretty sure that the leader of this was ........ Jordan! It is pretty unbelievable considering she is obviously the dumbest person in the house, based on non-game talk (she struggles to tell time and did not know what egg whites were, among other things.) But I think she managed to pull it off because Ronnie said "there will be a shocker tomorrow" to the camera when he was alone. Of course he might change his mind again, but it looks like as of right now, Chima is out!

I watched Ronnie hug Chima and fist bump Natalie before he went to bed last night as Jesse pointed at him and said it all rests on him.

HGs are up now - trying to see if anyone conspires this morning.

Ronnie definitly turned the house and he will be exposed after tonight for sure unless he can flip Lydia and Kevin to make it 8 to 2. The rest of them including Jordan thought they were dead in the water til Ronnie kelp droppin information on them that he was getting from Jesse and Natalie. When he realized he would be in trouble, he tried to get Casey to get Lydia and Kevin to come over. Casey told him they had the numbers and it wasnt worth the time. I can tell you his next approach is to get someone else to do it and then confirm. He has worked it this way on the stronger people and convinced the weaker ones himself. Hes got some game. he just got a lil to much of it

It was Ronnie's idea to put that stuff in Michelle's head about Chima and in Caseys head about Chima too. He worked some people directly and he worked some people thru other people because he knew they would go back and tell it,then he would confirm he heared it too. Hes smart, he just plays too many people. It will come out soon. Hes so scare of Russell and he wants him out and have convinced everybody that Russell bullies them all which is a lie

All Jordan was doing is sitting around crying about shes going home next. She has no game play and do you really think she could come up with a plan that would involve that many people(NO). They even had to tell her over and over again to keep her mouth shut til nominations last night after they decided to do it. Shes there weakest link. She wouldnt even make a good pond to the final four

Ronnie The Rat looks like some kind of meat that is grown under fluorescent light.

you would have to be on reefer to laugh at your jokes. the mind is a terrible thing to waste

Irish, youre wrong again kid. He is far from the weakest link of that group