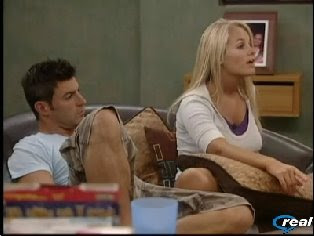 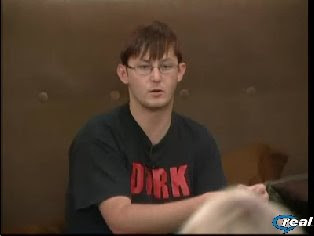 (Extra points to the person who knows the lyrical reference).

Too many people in this house are paranoid of each other. Lydia, Kevin, and Chima are still upset that Russell is hanging out with the others...especially when he made dinner with Jeff. Again, Casey is the voice of reason, saying he hates this "side shit" and that being stuck in the house together you have to spend time together.

Ronnie, meanwhile, just pulled Jordan upstairs because he supposedly heard Laura talking about voting out Ronnie if she survives. Jordan tells him she's just angry, and knows she's going home. Ronnie claims "this is part of my strategy this week. I know you will say you don't believe this, but I do. They want Russell out. I heard Jessie. Don't repeat this. They want someone from another team to backdoor him. Kevin wants him out. Lydia wants him out. If it's Laura and Russell up, Russell will go." Jordan disagrees that this would save her. (If only she would believe that this IS what the others are thinking about Russel).

When Jeff refused to inform him of his veto plans, Ronnie indicated that Jordan may go up as the replacement. Obviously, this upsets Jordan and Jeff. At least Ronnie has finally admitted he didn't vote for Braden.

So the veto competition was about getting a certain amount of dollars of quarters (unclear the actual amount), and that Jeff figured out how much one handful was worth and just grabbed the necessary handfuls necessary to reach the targeted amount. Those on the sidelines apparently attempted to give Natalie pointers, but may have been told they couldn't do that.

The supposed Laura conversation is just an excuse for Ronnie to save face to these two when he doesn't put up Russell.

Kinks, Destroyer for the bonus!

Jeff is proving to be quite the bully himself, definitely not one of the "nice" people in the house.

Jeff is simply telling Geek boy to eat cock. He admitted finally he was the rat .Jeff reminded him how he told him the morning of nominations he wasn't putting him up. Jeff is content that he isn't gonna win but he knows they can't do shit to him this week. I like what he is doing.