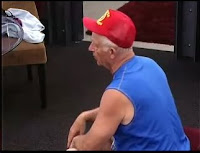 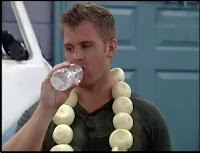 Feeds just came back after 3 hours, and somehow Jerry won POV. Michelle just said, "that was for Jessie", which led Jerry to go on and on about how he felt he needed to win because on numerous he promised Jessie he was safe. Memphis has to wear a necklace of onions, also thanks to Jerry. Michelle doesn't want to change the noms, but he's pushing for using it to save Keesha and put up Dan. He's going to be unbearable this weekend.