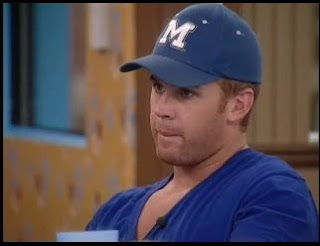 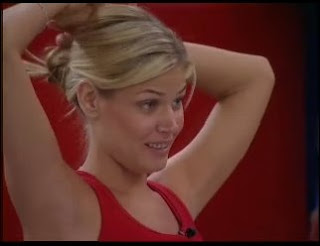 Earlier today, Memphis talked with Dan about dumping Keesha next week. Now he's having the exact same conversation with Keesha about Dan. "Sometimes you've got to carry around some baggage just for the hell of it." Keesha is now finally understanding, though, that if Renny makes the final two she will definitely win the game.

Normally, I'd say this is a dangerous tactic for Memphis, but it's very unlikely that Dan and Keesha will be exchanging any notes. Plus, since he's promised to carry Jerry to the finals, he won't be breaking any promises there.

I really think Memphis may make the final two at least - and possibly without ever winning a HoH.

Question is can he win in the end?

Didn't Brian say Memphis was the one to win it all if he stayed in the house when he was evicted?

With Keesha it's a bit unpredictable, as I think some of those people who walked out hating her could end up voting for her.

Everybody says they'd never vote for Dan, but some would consider the fact that he played the game the hardest.

Against Jerry, there could be a consensus of "you got to hand it to the old man that he made it", but many people would recognize that he's a floater that thought he was a big player.

Really, though, he has no real beef with anybody in the jury house.

First of all, the only reason its is not a dumb move is because you got a blonde thats dumb as dirt.. If she had listened to Renny, memphis ass would have been gone. Instead they are so busy concentrating on Jerry that they can smell memphis's dick up their ass...

Any other final 4 would be talking to each other but this group is content just to be their...

And to say Dan played the game the hardest is also another one of your opinionated suggestions... Memphis by far played the game the smartest and the hardest... he only won when he had too and he has no enemies and dan cant say that at all... if Memphis is smart, he will take Dan to the f2 not cause he like him anymore but he know Dan is hated by everybody in the jury house and Jerry too

Morning Scott and Happy Labor day to everyone.

Did anyone hear the story where Jerry said he bought a woman for a month in Korea during the war?

Keesha said something about it last night. He told the story a while back and I cant believe I havent heard anything about it before now.

I have a friend who only watches the TV show and thinks I exaggerate how vile Jerry acts.

Does anyone know when he told this story?

Jerry has won four, maybe five competitions? Are you nuts? He won this HOH, and an earlier veto. OH yeah, the first day HOH that was a gimmie.

I am in no way sticking up for Jerry... I think he is a most vile man ever to play the game... but he has won his fair share of veto competitions. At least three that I can think of.

I thought Memphis could win from the beginning... he has done what Dan hoped to do, play hard when you have to and keep a low profile (except with Jerry). While I like Dan, he got lucky after his HOH reign. I can maybe see what he was trying to do, but in the end, it was all just dumb luck (and maybe producer influence) that got him through it.

Keesha and Renny are okay. Renny is lovable, and that is about it. Veto competitions are not her thing, but she is a smart lady, well excpet when it comes to time zones.

Keesha can play the game, but she made some enemies, even if it was no fault of her own. As a woman I can say this with confidence... women are catty bitches! Emotion and cattiness are often the female downfall in this game. (At least among young, attractive or think-they-are-attractive women.)

Jerry is a clinger--an evil, vile, dirty old clinger. If he wins I will cry.

Jerry has won 2 Vetos, one HoH, and was voted for the first HoH (stupid move by the HGs. Who in their right mind would give it to the old man?! Geez). He didn't "win" the hockey Veto, Libra technically did- but she let him keep it because she valued a Hawaiian vacation more. That doesn't change the fact that he won it, but those were the circumstances.

jerry may have won a few comps but he is a deplorable person and mean as all get out to boot. he must be miserable to live with and i bet his family is happy to have him out from under foot for a few months.
does he deserve the money?...yes if you only consider his game play...i guess. i can't get passed all the really hateful and extremely unnecessary things he said about people....especially the woman! keesha in particular...remember the night he and ollie and michelle were out playing pool? wow. what he said about her made me want to hunt down his family.
i would love to see jerry get some good back lash for all the things he has said. to me, a player doesn't have to go down that road to play and win a game. there's nasty and then there's jerry....vile!!!!
he is getting a "sweet grandpa" profile to the average t.v. viewer and it makes me want to scream....he was the least deserving for the phone call.