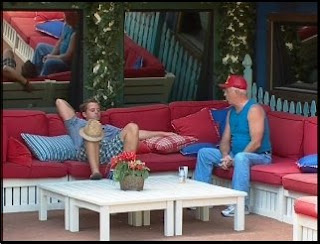 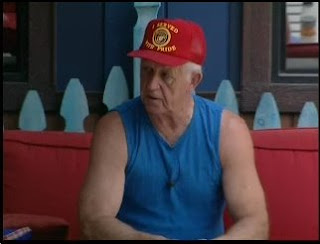 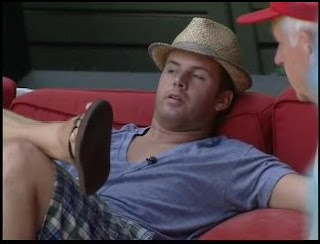 Just minutes after verifying his final two plans with Dan, Memphis is now promising the same thing to Jerry! He did add, however, that this plan exists no matter what he does with the veto. Always talking Big Brother history, Jerry is going on how the two of them together would be the biggest coup ever. Ugh! He adds, though, that Dan in the jury house will help him, and warns him that Dan will turn on him.

Once Memphis finally gets his turn, he tells him that he believes that Renny is their biggest challenger because nobody will win against her. Jerry doesn't agree, and that Dan is the person they need to worry about. "I can see Dan winning, but not Renny."

Renny will go and the show will be officially pronounced dead. This was the worst cast BB has ever had IMO. Renny was the one bright light in the group. A wonderful, classy lady who is very funny. Everybody else in this cast are duds.

we always say this is the most boring season or the worst cast ever when our favorites get evicted. Somewhere out there, Jerry is someones favorite too!

the cast was okay this year. i liked them a lot better than season 9. but the casting department has gone down hill since 8.

In 10 seasons, I completely disagree about this being the worst cast ever. There have been worse casts, with even bigger duds- remember last season? Yea, that's one example. I do agree that Renny is one of a kind, you'd never get another HG like her in any future seasons.

I don't expect or demand that anybody agree with me. It takes all kinds to make up a world. I stand by my stated opinion that this was the worst, lamest, most boring cast in BB history. Dreadful and horribly boring. Jerry wore that stinking, ugly red hat for the whole trip. His voice is like a broken kazoo and too hideous to listen too. April was a vile, disgusting pig. The rest of the cast...other than Renny who was a gem...is not even worth commenting on any further.

I hope they do another all-star show in the future and we get to vote our favorites back.

Dan's my man. Jerry is a bitter, mean or man inside and probably outside the house.

I'm just glad his power trip is over.

I think BB10 is better than BB9. With that being said, there are many annoying HGs that are difficult to watch. My least favorite HGs are April(dillusional tart), Jerry(nasty old man) and lastly Manchelle and Ollie because they murder the English language everytime they speak. Oh yeah...Jessie was by far the most annoying of them all!
Thanks for the updates...I'm rooting for Memphis.

Everybody is going to be bias to the person they liked and angered at the people that they disliked.

To me, its a problem when you cant give people credit because you dont like them and you can overlook the flaws of the people that you do like.

Its just a reality show and like it or not, these people are getting paid because you are crazy enough to spend a lot of your time and money sitting around watching them. So whos the real idiots

The bottom line is none of these people are going to give you shit one way or the other and really dont care what you think bout them. Your positive or negative reaction only makes them popular which gives them even more opportunities to make more money..

Its only a damm game and if Renny or Memphis or Keesha wins, I dont get any of it so i aint getting all bent out of wack over it.

Live in your own reality world and you are much better off.... peace