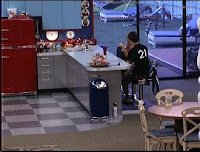 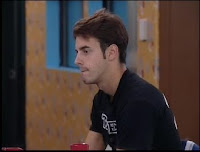 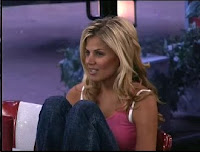 Keesha is grilling Dan about Memphis' plans for the POV. Dan assures her that he hasn't changed her mind, and that she's the one who brought together the votes that saved him.

"You wouldn't tell me anyway", she replies. Dan tells her that's not the case at all "I've always been honest with you. I would tell you." Keesha says she'd rather know ahead of time. "I don't want to be caught off guard; thinking you're safe and you're not."

Oh now you worried and dont want to find out if you are safe later. Like how you did Renny and not telling her when you knew all the time that she was leaving......

You deserve to be gone for being so stupid

Either way Keesha or Jerry cannot defeat Dan and Memphis. They both will drop out of the first HOH within 30 minutes......

exactly... she didn't feel like sharing with renny so why should she know? the only reason she is asking...and saying "i want to know if i am leaving" is because she knows how she did renny in the end.
if keesha really wanted to stay...know she is safe... she should have won the veto.
my feeling is both guys should go to her and say "look it, we have to let you go." it's the honorable thing to do.
the fact that dan is now playing keesha...for her vote...makes me dislike dan a bit more every day. he's making it seem like he wants to keep her so if she goes it's all on memphis.
to me, dan blew it on honor at this point for me...and yes, it is just a game but has he no shame at all?