Will Dan Now Tell Memphis About The Luxury Trip? 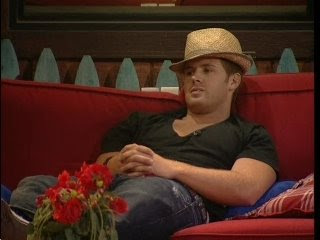 Judging by the footage we saw of the jury house tonight, I have a feeling that Dan's trip will be one of the major topics of the juror questions on Saturday. Will Dan let him know ahead of time? One can argue that it won't matter, but I think it's in Dan's best interest to tell Memphis. Finding out during the questioning could bring an ugly tone to the rest of the proceedings, which may lead to Memphis nabbing a vote or two of Dan's.

I don't know if he will - and if he does not sure if he does if we will actually know since once he has been told they may not discuss it a ton.

The Q and A. This is where I hope Memphis brings on the heat. Dan thinks he's got it all figured out but I think once Memphis here's what the juroros are asking he may decide to step it up.
Last night memphis was saying to dan..."if you don't want to bring up the renegades thing i won't." OMFG! come on memphis...why not just hand over the 500 to dan? why is he doing that? he hasn't won enough to win the big money so he has to let them know this was all a tag team deal...like letting dan win some comps to get ahead and that he took the brunt of the keesha eviction...for the "team."
if memphis doesn't step it up in the Q and A's he deserves 2nd. i think memphis has gone soft and is losing his hustler status if he gives in to this "he's my buddy" bullshit now. eesh!!

Hes not soft, the only votes he dont think he has is Renny and keesha, thats why hes not panicing. I mean we see a different side of it with the michelle and possibly the Jerry manipulation


But callie you got to stop the damm whining, youre beginning to sound like a broken record on this issue... Why are you so worried about Memphis. i think it would be best for memphis to shut the hell up because im sure Dan can say way more negative things about memphis than memophis can about Dan.. Dans stuff is already out in the open and memphis stuff aint. If Dan told it all to the jurors, it would make Memphis look very sick


And by the way, youre not the only Memphis lover on here, I give you credit, at least you have stuck with him til the end.... Before he started to slip a few weeks ago, thats all we heard was memphis this and that from a lot of other people.... the other memphis lovers have ran and hid since they see the ship have turned a little

The so called experts of this board(lol)

I think we need to keep in mind how ridiculous the Jury questioning can get. Both the questions and the answers, for the most part, are incredibly trivial and lame. Instead of telling the truth or being straight up in their answers, most HG's in the final 2 go for the most PC answer that won't ruffle any feathers of the jury.

So in comparing their personalities and the way they handled different situations in the house, I think Memphis may be able to come off better if he sticks to the mantra of it's a game, and everything I did was to get myself to where I am now.
As much as I like Dan, I can see all his answers being really vague and he'll probably try to kiss a lot of ass. Although, I guess that move seemed to work for him more times than not in the house, so, it's really anyone's guess at how the bitter hens and Jerry will vote.

And who do you think is going to pull out the holy grail of questions "What are you going to do with the money?" My guess is April. Or Michelle.