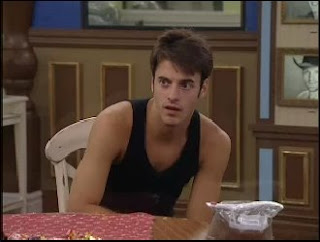 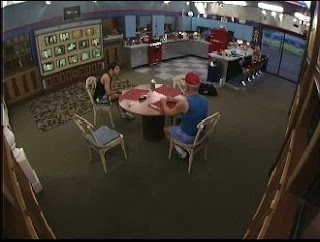 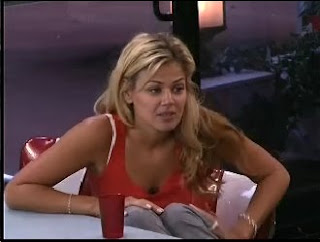 Obviously, he hasn't revealed that Michelle went with him, but he did say there were two lawn chairs at the beach. He says he was blindfolded as he was hauled off to the helicopter, but then talked about everything he saw on the trip. He reported that gas prices are now at $3.89, and that he supposedly saw Keesha's Hooters and the club where Memphis is employed. He brought back sand, seaweed, and three rocks. He did have to take a pill for motion sickness. The cams are going to fish quite often during his stories, though.

Dan asked what everybody else did. They slept! At least I was able to watch football today.

Dont you get it by now, nobody gives a fuk about these dumb as post but you ale and indymike......

You need a damm hug

i'm completely pissed! might as well hand over the money to dan. since when does anyone ever get to speak to a juror?
and to pour salt in the wound...dan walks away scott free? no one even gets to know what he has been doing all day?
that's bullshit.

Well, the next two who go to the jury house will find out- so this could really backfire on him.

Callie44, would you stop crying, its no more fairer than when they let someone come back into the house. Get off of memphis dick

memphis aint no angel and like phoebe said, the other 2 that go to the jury house will priobably discuss Dan leaving the same time Michelle left anyway

I hope Dan wins.. memphis is a thug