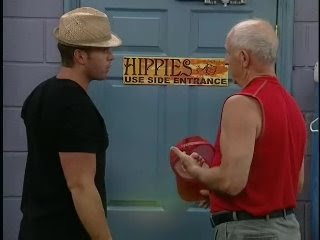 Sounds like Keesha was thanking Dan for not nominating her. Doesn't really matter - the only thing that matters is who wins the POV.

Jerry has just promised Memphis that if he (Memphis) makes the final two, Jerry will get him the votes to win. Memphis was pretending to be upset about being nominated, at least I think he was pretending, again it really made no difference.

Oh geez. I checked back and Jerry was talking about having 4 votes. Can someone please inform him that HE GETS ONE KEY TO VOTE WITH? Thanks.

I honestly don't understand how he thinks he has the clout to tell the whole house who to vote for. He has no allies over there. They all just used him for an additional number. He should know that, especially as he keeps saying that EVERYBODY he aligned with screwed him over.