Kevin: Can a Floater Win? 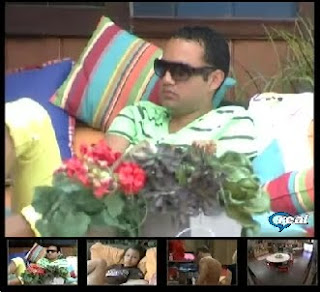 I doubt that many people predicted that Kevin would still be around at this point of the game. He was the true "floater" in the early weeks; not entirely trusted by anybody (besides Lydia) yet his unwillingness to take a true side kept him from being considered for eviction (except for Jessie).

But although he only had a POV win until last week's dominating HOH victory, he's currently the only official final four contestant. Sure, much of this has to do with Jeff's poor decisions, but he's also been way more realistic than past allies such as Chima and Lydia.

Yet there is a good chance that this may be the end of the road for him. His only hope is for Natalie to win HOH next week (unless he wins POV instead), and she may use a HOH victory as an opportunity to cut ties with him.

Scott dude, it doesnt matter if Natalie wins HOH, if Jordan or Michelle wins POV, they still can eliminate him. and if he or Natalie wins POV, they can save him. The HOH winner only saves themselves for final 3, it does nothing else next week. The POV controls who goes and who stays next week

Yeah, I made that mistake a couple of times today. Just insert "win POV" wherever I wrote "HOH" - I think you know what I mean in each case.