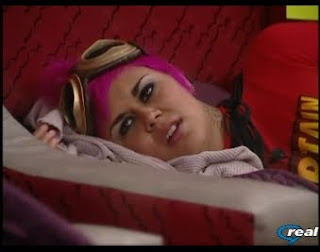 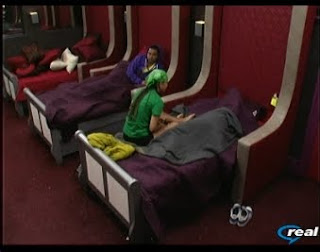 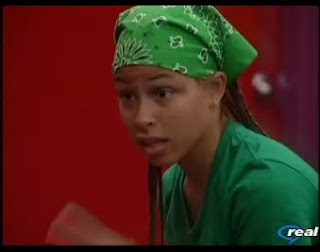 No surprises - Lydia and Natalie are nominated. Kevin's trying to cheer them both up, but they have both admitted that they haven't done well in competitions so far. "I've been nominated three times in four days", joked Natalie.

Oooh, Lydia just whispered a shit-stirring idea to Natalie, and Kevin warned them to not "do shit". He's actually making sense, although Natalie just claimed she hasn't done anything that "wasn't smart".

Edit: Kevin's advice is worth noting:

Kevin: Whatever it is you're planning, I strongly recommend you don't do anything against Jeff or Jordan. If you do, and I win, I will not use the Veto on you. I'm tired of people not playing smart, and if you're not going to play smart, I'm not gonna be able to help you. Did we just do this whole fucking LML (last minute lie) thing for no fucking reason?
Natalie: She'll behave. I'll make sure of it.
Kevin: Just stop encouraging her. You can do whatever you want, just wait until after the veto.
Natalie: We'll go fucking nuts after the Veto. If you wanna do anything now, just do it to Michele.
Kevin: I'd be careful with that because then Michele goes, "hm, that was very random, interesting." Like you're trying too hard - trying to be like Russell. Here's my two cents - you guys have never taken my advice, but here it is. Lydia, when you're cooled down...
Natalie: Listen, I don't have problems with Jordan.
Kevin: You girls don't understand that we're not on fucking Real World, we're on fucking Big Brother and there are different rules.

The words natalie & smart are oxymorons.

WHY, why does Natalie ALWAYS look surprised no matter what. It's like her eyes are in direct correlation to her mouth. Every time she speaks her eyes bug out of her head.

Bish... (and I don't want this to sound as mean as it will) Her face muscles move like those of a chimp, when you watch her chew her whole face moves.... it kinda freaks me out!

I am sure Natalie's mother had to point out to her some time in her development that if a person can smell your clam from across the room...it is time for a rinse.

I agree wit AName....this season reminds of the first BB when the American public and the producer ran the game. I was sooooo turned off by that, that I didn’t watch BB2 until there where five HG left only because a friend told me the HG where the ones evicting each other and I’ve been watching every since. Now BB11 this season is taking me back to BB1 and its making me not happy, and you say WHY. They cast these people, put them in this house and say play the game but I fill this season is being manipulated by the American public and the production (Coup d'Eta). Mike Boggie earned his Jeff was given it. Jeff, Jordan, and Casey had no game we all can admit that, so for not have any game let help them out WRONG! Now is the best time for Jeff to get Russell out of the game but yet again Jeff is being coached by the DR. In the end I hope Jordan make it to the final two, the hold game I have not been impressed by her but hearing her story and I hope its true she and her family could really use this money like some many other families during these hard times.

It's too bad Kevin decided to be a wallflower this entire season because he seems to be pretty smart and level headed.
Do these idiots not realize that the winner is decided on by votes from their peers? How is being super annoying and messing with people going to help them win? Those two are useless.
When Russell goes off on people there's usually some reason/strategy behind it, well like 15 percent of the time anyway. Lydia and Natalie are just being petty because they are sore losers, who by the way haven't lost anything yet. Way to keep playing!

Kevin is easily the smartest person in the house, but his choice of friends will probably end up being his downfall. At some point, the others have to see him scheming with the Jessieheads on the spycam...particularly right before and after he tells his (mostly) untrue stories to Jeff and Jordan.

Actually he had picked the winning side before the gift from heaven came about. Then he found hisself on the wrong side of the table. To be honest to Kevin, thats not his fault

After 11 seasons of BB, why can't people just take it for what it is? Certain players have and always will be favored, period.

Out of anyone in the house, Kevin could have switched over to the other side after Jesse was evicted. Instead, he decided to stay in bed all day plotting with the hens, egging them on, while pretending to have nothing to do with it. Jeff and Co. were more than willing to get him on board with them. So if Kevin is fucked at this point, it IS his fault- not America's.

The Real World comment was so funny, because I know one of you guys made the very same comment :)

Yea, whatever Mohammed Ali, You have your opinion and I have mine. Plus how quick do he have to make a move to the other side. The eviction was thursday and he started talking to Jeff about his vote to get Jesse out on Saturday. You cant just jump on another side you have to work your way to them so they will except you

My point is, it doesent matter if it was season 1 or season 11, Kevin still was on the winning team before the gift was givin to Jeff whether you like that or not. The truth still stands

WTF does Ali have to do with anything? Get some meds for that ADD, skipper.