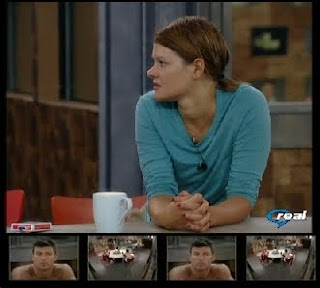 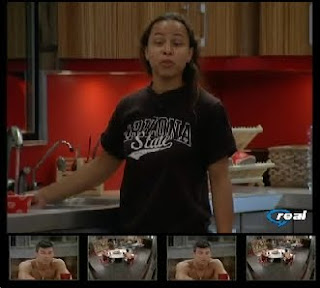 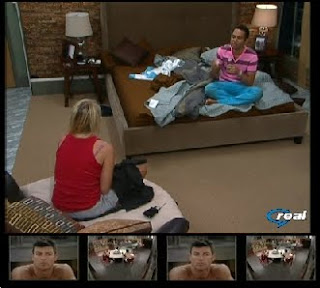 Kevin's HOH win really is Gnat's, and she's laying into Michelle right now. Of course, we're all hearing the usual garbage about how Natalie's "word is everything". Michelle's handling it better than she did last night, saying she knows that she's going up "and I'm fine with it".

Earlier today, the house had a money-grab luxury competition, which also involved a "Pandora's Box" where Kevin chose "greed". Jeff has bragged that he grabbed as much money as he could, but Jordan felt there was a catch and only grabbed a handful of $100's. Jeff also grabbed a "mystery key", which obviously has something to do with that door Julie showed us on Thursday night.

Could Jeff have once again lucked into a game-saving twist?

Nominations are coming up soon, and Kevin is now talking to

Whatever they had originally planned for the door, I wouldn't be surprised if that has now changed to help Jeff in someway. Perhaps that key now makes him the HOH? Or he gets some kind of power allowing him to pass through till next week?
Regardless I don't think anyone is going to be shocked if and when it gives Jeff some kind of advantage.
Hopefully it's something cool at least.

And how has no one called Natalie out on her shit yet?
I guess they haven't caught her completely red handed in a lie yet, somehow, but these supposed Big Brother fans should realize by now that the people that preach "their word" or whatever are always the biggest liars in the game. How no one has figured this out baffles me.