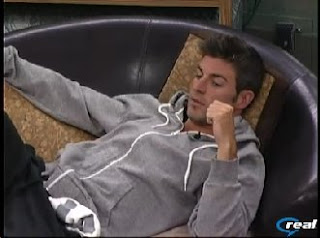 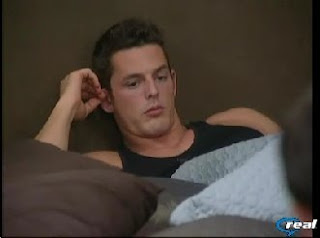 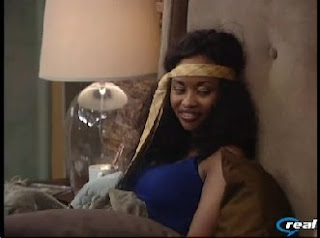 Not ten minutes after Princess Chima was complaining that Jeff hadn't been up to kiss her...um, ring...Jeff finally did pop his head into the HOH. Jessie basically made it clear that he's to vote out Russell, and that if he doesn't it's then clear that he and Jordan are against Chima.

Jeff does a good job of defusing the conversation, veering into Jeremy Piven's appearance and the boo-boo on his toe. All three are now just making small talk.