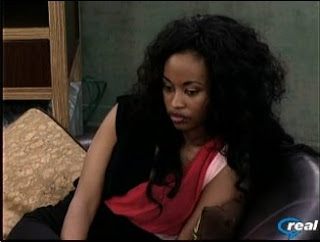 I have to apologize for not providing updates last night, as the house was up almost all night jabbering about their place in the house.

But I honestly couldn't deal with the feeds last night. Chima's cackle was already annoying me even before the CBS broadcast signed off, and when Chima and Natalie chided the house for eliminating the person who helped them study for HOH I just had to turn it off.

Thankfully, there's the Real "wayback machine", so this morning I went back to scan over the night's "highlights". For the most part, it was the Jessie show last night. Did you know that if the questions were in a different order he would have won HOH? Or that the coup d'etat isn't fair because the winner doesn't have to do anything (besides impressing viewers) to win?

When he wasn't trailing Chima and offering his demands...I mean advice...he was in Kevin's face for having the audacity to not vote against his best friend. Yet, a few hours later this very person he was pitching a tent with the very person he wanted out.

I have to hand it to Chima, though. Despite Natalie and Jessie's vigorous assertions that Jordan and Jeff need to be nominated, she is holding her ground against doing that. Russell, Lydia, or Michelle are names that are constantly being mentioned as nominee possibilities.

As for the mystery power, Natalie doesn't believe it's possible that either Jeff or Jordan won. Both her and Jessie believe that Kevin won. Lydia, though, does believe that it's Jeff, mainly because if it had been the other half of the house Ronnie would have been saved.

We may be rooting for the same person but your bias blogs are getting even more bias than before.

Its hard to tell if what youre writing is real or your bias opinion is just painting the picture that you want everybody to see.

And thats just my opinion and not an assault on you before you take it there like you always do.